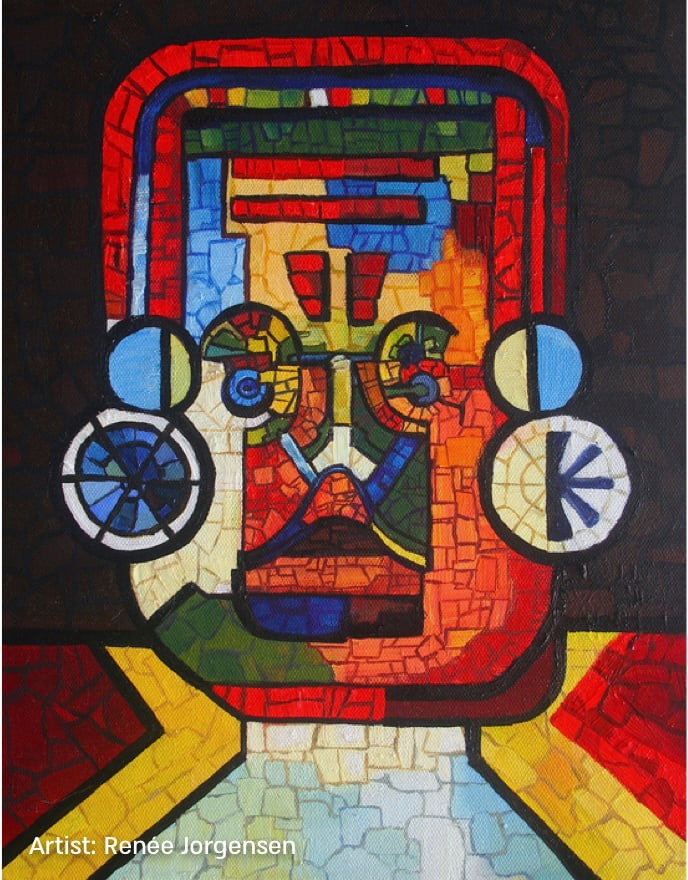 I’ve worked a lot on Metaphysical Humeanism—roughly, the view that the fundamental ingredients of the universe are both myriad and entirely loose and separate.  The upshot of my work is that we confront a stark choice between monism--according to which there is really only one ultimate ingredient--and a version of pluralism even more radical than Metaphysical Humeanism, with little to no room for the plethora of more pedestrian and more popular intermediate views.

In “Radical Pluralism”--and in a very different way in “A Puzzle about Points”--I argue that the chasm between stable metaphysical systems is even wider.  Once we adopt Metaphysical Humeanism, we are forced into what I call (following William James) ‘radical pluralism’, according to which there is nothing at all that relates the myriad fundamental ingredients to one another: not only are there no fundamental causal, nomic, or dispositional ties, there are no fundamental spatiotemporal relations either.  The choice we confront is stark indeed: between monism, and all that goes with it, and radical pluralism, and all that goes with that. 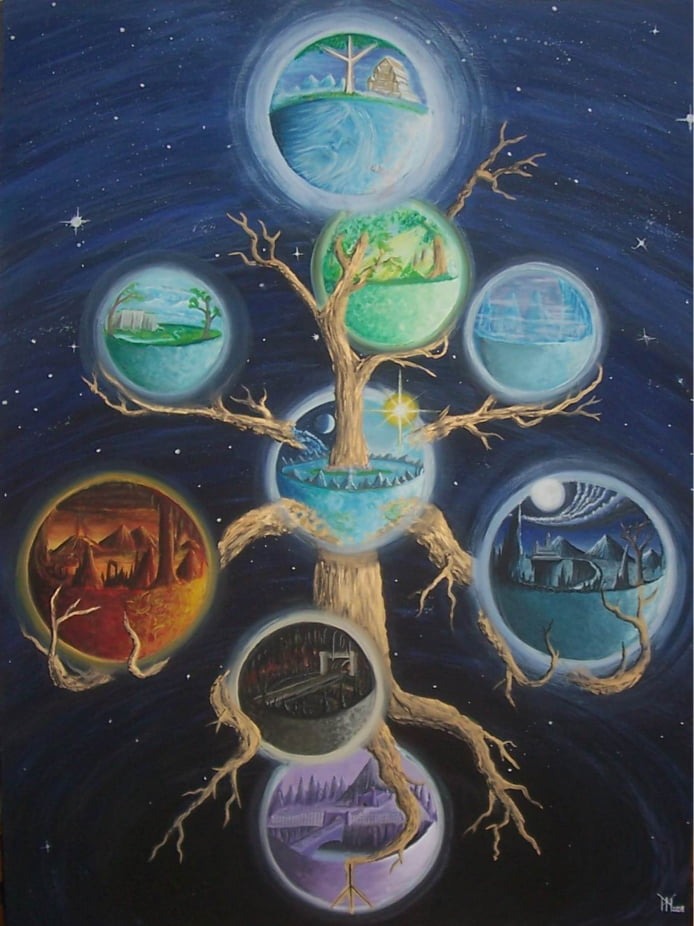 Work on Humeanism spawned a project on what can be called “the intrinsic systematicity of metaphysics”--the fact that metaphysical issues are so thoroughly tied up with one another that viable metaphysical systems are few and far between.   A growing number of philosophers have called attention to this fact, but hardly any has grappled with its implications, or tried to say more precisely what it consists in.

“Lost at Sea: A New Route to Metaphysical Skepticism” develops a way of cashing out intrinsic systematicity, argues that metaphysics is indeed intrinsically systematic so-understood, and makes the case that this has serious skeptical implications, viz. none of us knows any substantive metaphysical thesis.  In two other papers currently in progress, I develop a second, inquiry-theoretic way of cashing out intrinsic systematicity, argue that it has even more serious skeptical implications, offer another argument that metaphysics—or, philosophy more broadly—is intrinsically systematic, and argue that this calls for a methodological revision in analytic philosophy.  Our nineteenth-century idealist predecessors were right about a whole lot.

I organized a conference on systematic metaphysics, and am co-editing (with Nicholas Stang) a fresh collection of papers that address it from both historical and contemporary perspectives.

Human Ontology and The Mind-Body Problem

I’ve worked a fair bit on the question of what we are, metaphysically speaking.  I've just finished co-authoring a debate (with Eric Olson, for Routledge's Little Debates about Big Questions series) on whether we are wholly material things.  On the view I defend, each of us just is a soul, an immaterial thinking thing, with no material parts at all.  I’ve also looked at the issue through the lens of two traditions in medieval Jewish philosophy (in my “Immortality: Two Models”).

In “The Necessity of Idealism” (with Tyron Goldschmidt), we argue that the material world more generally is at best second-class: the concrete world is mental through-and-through, physical features are just mental features, and material things are just ideas.   If you agree, all the more reason to think we aren’t wholly material.

It turns out that Pythagoreanism, the ancient and highly influential doctrine that reality is mathematical through-and-through, might allow us to steer a path between monism and radical pluralism.  “Pythagoreanism: A Number of Theories” lays out several axes along which versions of Pythagoreanism can differ, and makes the case that at least some versions deserve our serious consideration.

“Why Live Forever? What Metaphysics Can Contribute” argues that even if we can’t properly deploy metaphysics to fight the fear of death, we can reasonably use it to keep our hopes for immortality in check: the metaphysics of measure-theory (discussed in “A Puzzle about Points”) can help us see that immortality offers us nothing desirable that we can’t in principle get as mere mortals.

In “Essence and Explanation: A Logical Mismatch” (with Noga Gratvol), we object to a recent account of de re modality, on the grounds of a logical mismatch between the logic of essence and the logic of explanation.

Immortality and the Afterlife

In “Why Live Forever: What Metaphysics Can Contribute”, I ask whether immortality gives us anything desirable we couldn’t otherwise get, and argue on purely metaphysical grounds that it doesn’t.  In “Immortality: Two Models” and “‘Those Who Taste It Merit Life’: On the Superfluity of an Everlasting Afterlife” I examine the value and purpose of immortality from a specifically Jewish point of view and reach a very similar conclusion.  This suggests that if we have an eternal afterlife, it's not so much for our sake, as for God’s.

In “The Afterlife in Judaism” (with Tyron Goldschmidt) we sketch different Jewish conceptions of the afterlife, and address a puzzle about the relative importance of our lives and afterlives.  “If This World Is an Anteroom, Why Be This-Worldly” takes up the related issue of what might justify a this-worldly focus even if our lives are taken to be a means to achieving a certain kind of afterlife.  And in a paper in progress on Crescas and free will I argue that given certain plausible Crescasian assumptions about God’s end for humanity, our achieving that end (in an afterlife) requires not attending to it.

Epistemology of Religion and Theological Inquiry

I’ve worked on a number of issues in the epistemology of religion.  I co-authored with Alvin Plantinga a response to Paul Churchland’s objections to Plantinga’s evolutionary argument against naturalism.  “Skeptical Theism and Divine Truths” defends skeptical theism (a move in the problem of evil debate) against the objection that it leads to a broader skepticism about divine revelation.  And “A Priori: Theism” defends the claim that the existence of a priori knowledge supports theism.

In “A Halakhic Limitation on Philosophical Inquiry: Is it Possible? (Hebrew)” I argue that it’s not possible to obey Maimonides’ proscription of free metaphysical/theological inquiry.  The proscription comes either too early or too late.  In a companion paper-in-progress I argue that Maimonides’ in fact held that metaphysical/theological inquiry is intellectually improper, not religiously improper.  On the other hand, Maimonides thinks that one can successfully pull off such an inquiry, and that one who pulls it off enjoys the greatest blessing that a human being can experience: metaphysical/theological knowledge.  Seeing how these can be reconciled (a) requires attending to the difference between norms that govern inquiry and those that govern belief, and (b) allows us to in turn reconcile the apparently conflicting evidence as to whether Maimonides was a metaphysical skeptic.

In another paper in progress I investigate the point of revelation—what it’s for and whether it’s indispensable.

“Dependence, Transcendence, and Creaturely Freedom: On the Incompatibility of Three Theistic Doctrines” looks at the consequences of a grounding, or deep dependence, relation between God and creation.  I argue that one can’t maintain that God is related in that way to creation while holding on to both God’s transcendence and creaturely free will.  I show that Maimonides held all three doctrines, and so is vulnerable to this argument.  In a paper in progress I argue that theists should maintain that God is the ground of creation, and hence be monists (theistic monists).  I also argue that monists should be theists (theistic monists).  There should be much more overlap between the monist camp and theistic camp than there is at present.

“His Existence is Essentality: Maimonides as Metaphysician” employs recent work on ontological pluralism to make sense of Maimonides’s negative theology.  On the view I defend, Maimonides’ views are consistent and metaphysically satisfying just as they are, with no need to make him more radical or more conservative than he seems.    And in “A Religiously Sensitive Jewish Philosophical Theology” I criticize theology that’s couched entirely in figurative terms.

“Something from Nothing: Or, What Zeno Could Have Taught Parmenides” deploys a radical case of Zeno-causality to argue for the possibility of something being produced by Nothing, and uses this to make sense of puzzling Kabbalistic view that identifies God with both Nothing and the Infinite. 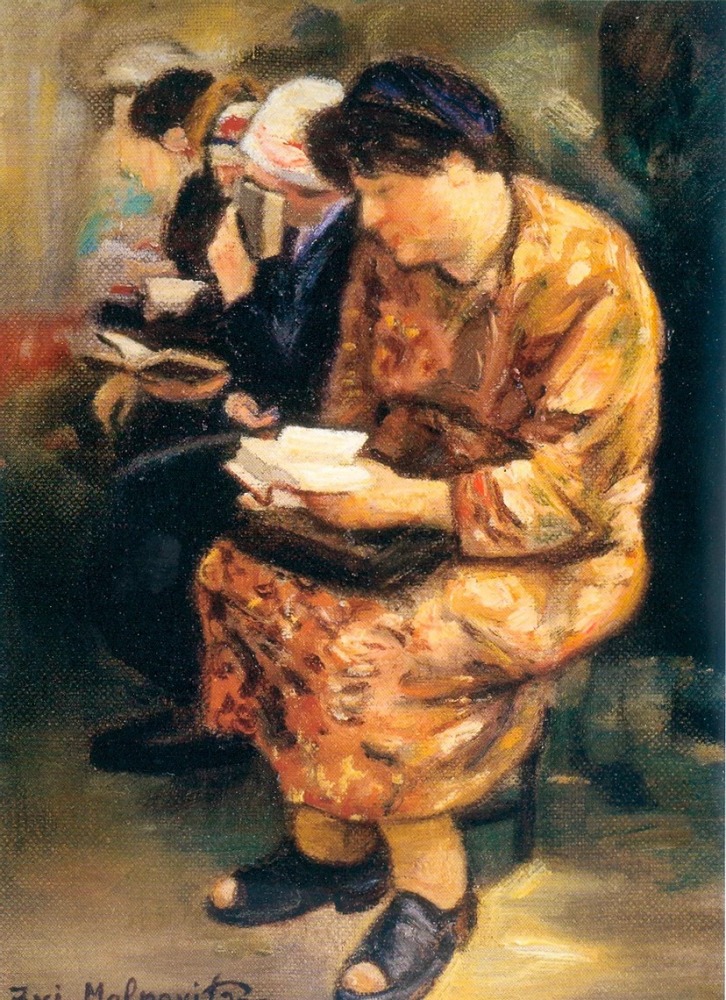 I’ve contributed to the new and exciting area at the interface between analytic philosophy and halakha (Jewish law).   “Metaphysics Out of the Sources of the Halakha or a Halakhic Metaphysic?” asks whether Talmudic legal claims can really be understood as making straightforwardly metaphysical ones.  After arguing on both historical and theological grounds for a negative answer, I examine the prospects of two alternatives: one fictionalist, and the other inspired by Hirsch’s quantifier variance, and favor the latter.  What emerges from Talmudic legal discussions are alternative and often alien ways to carve up reality. The project of investigating these differing conceptualizations has the potential to be philosophically fruitful and is of considerable theological importance.

In a paper in progress I look at once such conceptualization, surrounding causation, as understood by the 3rd century Babylonian amora Rabba bar Nachmani.